How to gain respect in the workplace 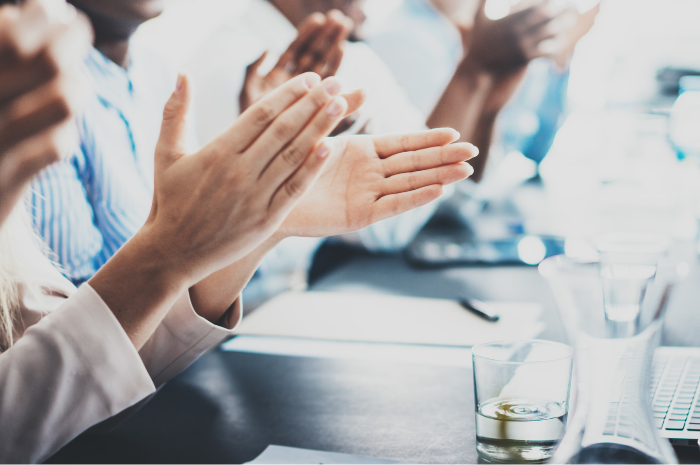 Gaining the respect of our colleagues is crucial to professional success. There is no one-size-fits-all technique, but these tips will help en route to reverence. How to gain respect in the workplace? Read on!

Most of us would agree that being respected by our colleagues is important to us. However, building trust and admiration in the workplace takes hard work.

The respect of others is a tricky quality to manifest because it “requires effort as well as self-reflection”. It’s very different from being liked. Trying to be liked can perpetuate a focus on doing whatever you think needs to be done for approval, and that can mean not speaking up or doing what is right, at times.

Companies are also starting to appreciate the high value placed on respect, which is now seen as a fundamental part of boosting productivity and worker wellbeing.

The fastest way to earn the trust and respect of our co-workers is to not “burn them” in front of others. Show that we’re not interested in the political games, but are actually more focused on the outcomes for the organisation.

If we have a general demeanour that lets other people know we’re not driven by self-interest, that translates very well into trust and respect at the peer level. We also need to demonstrate that we are not just pushing our own barrow, but focused on the main goal.

If we’re willing to put aside what we’re doing to help a team member’s project that is more important for the organisation, then nothing builds respect faster than that. Consistent behaviour is also essential for gaining respect from co-workers.

People want to be treated the same. We need to walk the talk, and when people say what they mean and their behaviour follows through with it, that leads to respect.

Speak up, be you

Employees who are focused on appearing “nice” are always agreeable, but if it’s respect we’re after, we need to speak up.

The ability to disagree with someone respectfully, even if they are more senior, is a great way to gain respect. It’s what people call ‘corporate courage’. People will also respect us if we are “courageously us, which is really tough.

People need to be courageous enough to bring their entire self – strengths and weaknesses – into the picture. When people are not being themselves, they are faking it until they make it, and putting up boundaries so they can be liked.

Calling out bad behaviour when you see it is another important attribute. People admire it, because sometimes they haven’t had the courage to do it themselves. It’s hard, because being non-conforming is beaten out of us when we are kids, but we really do need to be the change we want to see in the world.

If we are in a senior role that involves managing people, we need to adapt our approach depending on who we are working with to gain their respect. Really good leaders don’t need to tell people what to do.

If one of our people is immature or inexperienced, we may need to be more direct or prescriptive with them, but with people who are performing at the right level, we want to set broad parameters for them and work collaboratively.

Our colleagues will also appreciate it when we are fair and honest, without displaying judgement.

We unconsciously put people into boxes, so being able to be curious about where they are coming from is important.

How can we build respect if we don’t respect those around us?

Once we have established trust with colleagues, it becomes easier to disagree or challenge their view in a healthy way.

If people trust and respect us, there is nothing we can’t say to them.

We can be open in a respectful way, so that delivering a hard message becomes easy, because we know that we’re communicating on that solid ground of respect.

How to increase respect in the workplace

Here at DGL, respect and team equality are non-negotiable attributes we pride ourselves on, which instills honesty and transparency within the workplace between all employees and employers. Should you require assistance in regards to increasing respect in your business, contact the Team today!