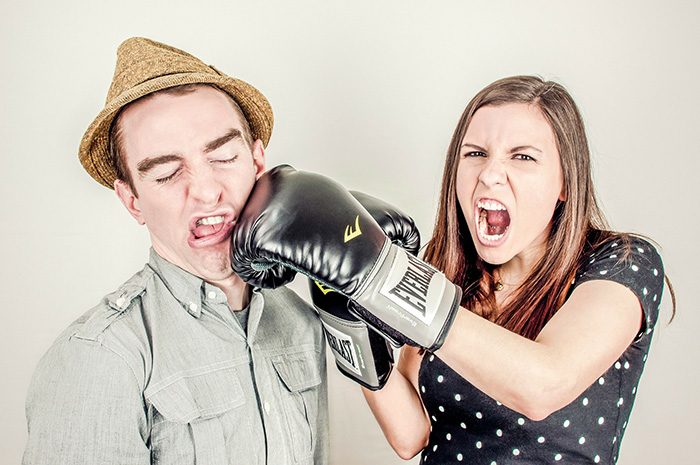 A poor working relationship can cast a shadow over your work and even invade your home life. Here are 6 strategies to handle coworker conflict and rise above potential personality clashes.

One of the inescapable realities of life is that at some point in your career, like it or not, you will be working closely with someone you dislike.

This can have a significant impact on your mental and emotional wellbeing. After all, we spend at least eight hours a day at work so a bad relationship with a co-worker can negatively affect your mood and potentially damage your career.

“The issue of a personality clash is very common,” workplace culture specialist and author of Cultural Insanity, Ross Judd, says. “And the problem is that some people think the other person is always the problem.”

So how do you handle a work conflict so it doesn’t cast a shadow over your work life? Here are some ideas:

Often clashes occur because people feel like someone else is stepping on their territory. It’s an instinctive drive, after all, to want to protect your turf.

That is why it is important to have conversations about your roles and responsibilities so it is clear what other people do.

Then you can talk about how you achieve together what you’re setting out to achieve.

2. Re-frame your focus to purpose

Rather than going to work thinking about how much this person annoys you, focus instead on the broader purpose of what you’re trying to achieve at work.

Lift the conversation out of the personality clash and focus on what the group, or the team, as a whole is trying to achieve.

In addition to finding common ground, you may want to think about how your nemesis contributes constructively to the team.

Rarely is someone as bad as we sometimes make out, so avoid black and white thinking about this person and look at how they contribute to the group.

3. Accept people are different from you

Often clashes come down to personality types and it can be helpful to understand how your team members’ personalities either clash or complement each other. We suggest taking “personality type” tests as a group to better understand why you interact the way you do.

Once people understand how others are different, they start to take things less personally.

Professor of work and performance and professorial research fellow at Edith Cowan University, Stephen Teo, agrees it’s vital to try and see the other person’s point of view and allow space for disagreement.

“You don’t want to work in a team where everyone agrees with each other all the time,” Teo says.

“Some conflict, some differences and differences in opinion, are good for team productivity.”

4. Don’t be a serial blamer

Instead of engaging in the blame game, it’s worth asking yourself how you contribute to any animosity with a co-worker.

Be honest about how your behaviour or thinking is affecting the situation and where possible own up to any behavior that may have hindered your judgment.

It could be your fault, after all.

The person could simply remind you of an ex-partner or a neighbour you don’t like, and you’re taking it out on them.

Regardless of how you feel, show the other person respect.

You don’t, after all, want to be the person that someone else complains to HR about.

If the opportunity arises, you may even consider talking (calmly) with your co-worker about why you don’t see eye to eye.

If you’re older or senior, you may feel confident bringing up a dispute.

But if you’re young or an intern, for example, then it’s a lot harder as they have more power than you.

Judd agrees that seniority has a huge impact on the outcome of personality conflicts.

“It’s particularly hard to talk to the person if the person in question happens to be the boss,” he says.

Often in that instance people will make a knee-jerk decision to leave and it can hurt someone’s career.

If you feel someone is being unduly rude and you cannot deal with it yourself, then it may be worth taking it to human resources or your line manager.

Depending on the size of the organisation, there may be a code of conduct that the other person is contravening.

Especially if someone is really making your life unbearable.

If all else fails, you may wish to request that you move teams. It depends on so many factors as to whether that is a good idea though.

If a team is struggling with personality issues it often means they have lost sight of what does bring success, such as clear and aligned goals.

If you have tried everything else and the problem remains, then it could be worth moving teams. “But that is a last resort,” Judd says.

Here at DGL we encourage an ‘open door’ policy and team equality which instills honesty and transparency within the workplace between all employees and employers. Should you require assistance in regards to managing coworker conflict in your business, contact the Team today!